2nd - 5th It should have been five days at the Glasgow Association of Spiritualists, but inclement weather meant that Friday’s Awareness Group, Sittings on the Saturday and the two services on the Sunday were cancelled.  But as soon as the weather relented a little the Monday and Tuesday services took place as normal.

18th – The Sunday morning service at the GAS.

19th -  A long journey, but it is worth it for the great Highland welcome at Inverness Spiritualist church.

25th A much shorter journey this time to the Kilmarnock Spiritualist Church. (SNU) 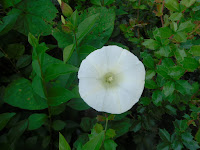 Music for our Services.

After last month’s blog about the music in our churches I have had a lot of feedback supporting the hymns with up lifting lyrics in our Spiritualist hymnbooks.

GP - “Plenty of spiritualist church’s around so if you don’t like the music or format at one move to another.  A church cannot change what it does for every person that comes through the door”.

T – “I attend several our churches and they all have their own ways of working which I accept”.

BB – “Spiritualist are always moaning.  If it is not the music it will be that the tea is not strong enough in the tea room”.

Bert – “Too many with their feet hardly in the door are wanting to change Spiritualism for their own needs.  They should be told to accept our ways or move on”.

Here the top of the charts from the emails i received.

From our Hymn Books

“I Danced in The Morning When the World Was Begun”.

And the more modern songs that were suggested to be Ok for our services; -

"Corner of the World”.

"Wind Beneath My Wings”

The lyrics of all above are perfect for our services. Even just the music of these songs being played while the congregation sits in contemplation. 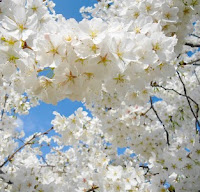 The Biggest Threat of All.

I wrote the following in a magazine recently; -

“Our biggest terror threat does not come from a human with a gun or a bomb, but from a disease.  How many of us know of a family that has been killed or maimed by a human terrorist attack?  Few of us will.  Now think of a family you know where cancer has not struck.  You will now see where by far the biggest threat comes from”.

A reader commented “TJ, I see you are of the Spiritualist faith, so why are your spirit guides not pointing scientists in the right direction to find a cure?”

A good question if you know nothing about Spirit Guides.  A spirit guide, in western spiritualism, is an entity that remains as a disincarnate spirit to act as a guide or protector to a living incarnated human being.  They can guide us in different directions, to show us different angles of situations around us, but they cannot take the final choice for us we have free will to make the final decision.

Cancer has been a problem throughout all of human history. A medical papyrus dating back to 3000 BC mentions this disease.  One would have thought that 5,000 years later we might have found a cure.

When President Richard Nixon declared a war on cancer in 1971, there were high hopes that scientists were close enough to understanding the underlying causes that many cures were within reach.  Now we are at 2018 and Cancer  the name given to a collection of related diseases remains one of the world’s biggest killers, with approximately 14 million new cases and 8.2 million deaths a year. In Europe alone.
American Vice-President Joe Biden said “Our goal is to make a decade's worth of advances in five years.  There's no silver bullet when it comes to curing cancer, but a difference can be made in the incidence and management of the disease, even in the poorer countries of the world, if the right people – scientists, business leaders, politicians, data analysts – work together”. Breakthroughs in the understanding of DNA and genetic links  to cancer, screening programmes, less invasive surgical techniques have contributed to reducing the death toll. Yet as the medical advances have had success in cancer patients living longer the numbers being diagnosed are on the increase so it could be said this is a no-win situation.

So, are we getting guidance from Divine sources, and more importantly, are we listening? I am sure many involved in looking for cures are being nudged in the right direction, but are they aware of this?  Are they being allowed by the pharmaceutical companies to go in that direction?  (That direction may be holistic and the big companies usually steer clear of that area).
We will be guided also.  Do we listen to the little voice in our head suggesting that we stop smoking, cut back/stop taking alcohol or be careful with what you eat?  It is not easy these days with so many additives in our food and the pace of life can make in near impossible for many to cook from scratch.  It is like everything else we have to take responsibility for our own backyard and not to blame outside sources for not doing the work for us. 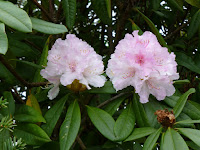 Now is the Time.

Over the years I have mentioned how ‘God’s little helpers’ – flowers – have been a great benefit for so many that having difficulties mentally and physically.  Well now is the time to start planning what flowers you are going to plant in your gardens and baskets.  Even a few baskets and tubs filled with flowers in your garden can uplift so many who walk past.  Test have shown that Sweet Peas and Lilly of the Valley with their lovely scents can evoke memories of the past.  The flowers that bring back memories of the past to me are Cornflowers, Candytuft that I used to grow from seed when I was about five-years-old. Often when I am on the platform get Lilly of the Valley that is a sign a grandmother is coming forward. Even sprinkling wildflower seeds on a bare patch in the garden and leaving them to their own devices they will soon start grow and flower.  An added bonus to this is the flowers will soon attract a multitude of butterflies, bees and insects.

We Spiritualists should know to work with Mother Nature to make life better for others, other species and ourselves. 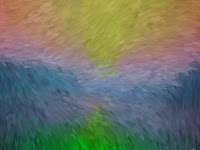 Hope on the Horizon?

Normally I would not discuss political matter on this site, but with what has been going on during the past two weeks I feel commenting on the following topics is not out of place

In an extremely troubled world where so many incidents could quite easily get out of hand, two glimmers of light have appeared.  The fact that North and South Korean leaders are talking and President Kim Jon un will soon meet President Trump is a miracle in its self.  I have said for many years that the leaders of neutral countries should have been negotiating with NK a decade or so ago.  Let’s hope that the current talks will be a success and step by step,   starvation and torture in NK will eventually be a thing of the past.  There will be no magic formula, but as long as one small step is followed by another small step a new dawn will break over the Korean Peninsula.

My next flicker of hope may only have been seen by few.  Normally I am against military intervention as so often it causes many more problems than it solves.  The attack on alleged storage of chemical storage depots in Damascus was like a surgeon using a scalpel to take out diseased tissue and leaving other areas alone.  Russia and Syria were told the attack were going to take place and they got their personnel out of the target area so there were no deaths.  Hopefully all chemical weapons are now destroyed and innocent men women and children will not have to suffer and die in such a horrible way.  The fighting, suffering and death will still go on, but a chemical weapons attack is a step too far and action had to be taken.  Syria is hell on earth at the moment and has been for seven-years.  A different situation entirely from the Korean stand-off.  Presidents and Prime Ministers from around the world  must meet face-to-face with President Assad.  They owe it to the innocent of that region. The cannot keep walking by on the other side with their eyes closed.
I am sure the Divine Creator and the Spirit World will agree with me.

Posted by Tom Johnston at 16:01 No comments: