Ordination of Minister Bill Thomson... SNU Ministers' Role... Why all Church mediums Should Sit Through an ordination Service... Gandhi's Seven Sins... A poem by Jackie McLaughlin... 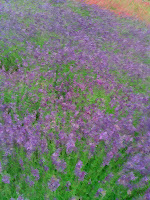 February 24th – 28th I was at the Glasgow Association   (SNU) over the five days the medium is busy with four services Open Circle and private sittings on four of the five days.
1st - March I was at the Blantyre Spiritualist Church.  A busy church with a very enthusiastic committee and a lot of talent in their development circle.
2nd - was a full day of taking time for those who had contacted our churches for help or information.
3th- I was on a journey north to take the service at the Inverness Spiritualist Church (SNU).  This city in the north, in fact all around the north east of Scotland there are many devoted spiritualists.
7th - my booking was cancelled so it let me put in a few extra hours voluntary work.

Spiritualism A Religion? / What Can Spiritualism Do For Me? / Mrs. Primrose / Respect For The Disable.

The 11th February saw me taking the first of six workshops at the Glasgow Association.   Everyone attending was most enthusiastic to learn about and enhancing their psychic abilities.
13th it was a short distance for an evening of clairvoyance at Kilmarnock Spiritualist Church.  That evening the church made a presentation to the McMillan Nurses.   The £371 was collected from a charity tray that churchgoers gave generously too over a period of time.
The 14th it was again only a few miles up the road, this time to ASK Neilston.   Sheila Caruthers is President and with her committee has put a lot of hard work into making is church a success.
15th saw me giving a talk on Spiritual Healing
20th – again mostly short distances to travel this month and this time my destination was to the very busy Saltcoats Spiritualist Church.  This was one of the first churches I took a service and about 17-years ago.
21st  A little further but not too far to ASK Cumbernauld where there is almost a full house each week. 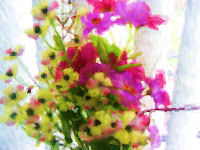 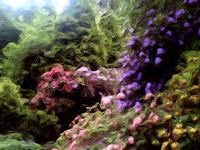 Doug writes; - “What can Spiritualism do for me?”
Doug Spiritualism can
Remove the fear of death
Comfort the bereaved
Demonstrate the truth of survival and communication
Give healing to the sick and hope to the lonely
Reveal a new meaning and purpose to life
Over the next few weeks I will take each of these points one at a time and give my views on them
Sandra comments: -
“I find it very difficult to comprehend the belief of Spiritualism as a religion. If it could be viewed more as a far better way of life it would probably be better understood and accepted”.
Hi Sandra.
I can understand where you are coming from.  I am involved with people on a regular basis who want to know more about spiritualism etc and the part they find hard to accept is that spiritualism is a religion.
Since the passing of "The Fraudulent Mediums Act" in 1951, Spiritualism has been a legally recognized and protected religion in the United Kingdom.  Spiritualism is a way of life. It combines philosophy, science and religion. It covers a very wide field, and, therefore, you cannot expect to understand it without a certain amount of study.   Personally I look on spiritualism as a religion and a way of life. 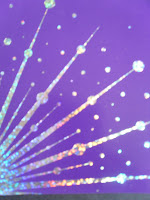 The surname “Primrose” is not too common a name.  In fact in the US there are just over 1,200 with this surname and its popularity rating is way down at 20,267.  I was surprised to find the surname is of pure Scottish origin and derives from 'the lands of primrose' in Dunfermline.
Yet this surname is well known in Glasgow and the west of Scotland, especially by those who have even showed only the the slightest interest in Spiritualism.  This is down to Mrs. Jean Primrose, affectionately know and “Primmie”.  Jean was an accomplished and respected medium for over sixty years.  Many of those years were when our religion was not as well accepted as it is today.  Many who met Mrs. Primrose believed that the simple foundation for her accomplishment with the spirit world began with her loving and caring personality.
I did not meet Jean but those who have, tell me that at the first impression of her was how unassuming person she was.  No need for stage effects or flashy showmanship, it was her quiet determination and welcoming disposition which shone through.
Mrs. Primrose was referred to in more than one media article as “The Florence Nightingale of the Spirit World”.  She was a leading member of the Greater World Christian Spiritualist Association.
Her church is still going strong under the care of her daughter  May Primrose.
THE JEAN PRIMROSE C.S. CHURCH
The Fred Paton Day Care Centre
19 Carrington Street
Glasgow
G4 9AJ 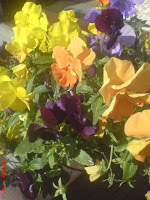 On the way home on Friday evening I was listening to Stephen Nolan programme on BBC’s Five-Live.
All who  were tuned in must have been near to tears as they listened to a cardiologist described how his life was ruined after being blinded in an attack fourteen years ago.  He told how he was ignored by friends and colleagues after losing his sight.  He spoke to Stephen in response to the death of PC Rathband who struggled to come to terms with his blindness after being shot.
Both the cardiologist and PC Rathband had so much experience in their chosen profession that surely there was some capacity that both could have given a lot back to society.  Surely employers and in fact all of us can do more for those who are in similar positions as these two gentlemen?
There are many who feel uneasy or uncomfortable around disabled people, I was like this in a way at one time.  I think that most of us in this position are afraid to disrespect the person by saying the wrong thing or acting the wrong way, and not because of their disability.   I remember feeling guilty for days after a conversation with a blind gentleman.  During our conversation I could have bit my lip when I said
“I see that the roads are finally getting around to filling the pot holes in”.
Then when he was talking about a Panorama programme I said
“Did you see the programme two weeks ago?”
After that I never felt comfortable around Archie, not because of his disability but in case I would come out with the wrong choice of words.
A friend who has worked all her life with the disabled has often said one, of the worst things we can while in the company of a disabled person is to avoid speaking to them, perhaps instead speaking to everyone else that is accompanying the person. Instead, speak to the disabled person and make direct eye contact. Avoid discussing the person’s disability; there are lots of other things to talk about! Speak to disabled adults just as you would speak to anyone else.  It is so disrespectful to ignore them.
Be Patient.  If the disabled person has a speech problem, be patient and listen carefully, giving the person your undivided attention. If you don’t understand what is being said, simply ask!   Do not pretend to know what was said as it could bite you back. Don’t be afraid to ask the person to offer some paper and a pen for them to write down what they are trying to say. When done in a polite manner, there will be no uncomfortable feelings.
I get very angry when I see people parking in Disabled Parking Bays.
Don’t ever park in a handicapped parking spot, even if you will only be gone for a moment. It only takes a moment for a disabled person to arrive and find no place to park. For that matter, we should always leave handicapped restroom facilities and handicapped seating on transportation vacant so a handicapped person will not have trouble accessing a seat.
A few months ago I saw a rumpus in a car park.  A disabled lady could not get into a designated disabled parking bay and had to park some distance away.  She fell leaving the car park but luckily did not injure herself.   Those around got angry and approached the driver of a small sports car in the disabled parking bay.    He was not interested and said “For all you know I could be disabled as well and left my blue badge at home”.   That could be correct but in forgetting his badge he had no right to park in those designated bays.    He had been jogging around the car park and on returning to his car was doing press-ups.
Never assume anything about a disabled person’s strengths or limitations. Someone in a wheelchair is not always paralyzed. Someone that has speech impairment or a body impediment is not always mentally impaired. If you are in doubt, simply ask the person in a gentle and caring way.
All common sense.....................

Posted by Tom Johnston at 11:39 No comments: