My Diary ... I am Now a Committee Member ... 1961 - Vision of Spiritualism in the Future comes to Pass... Real Comedy Writers are Becoming an Endangered Species ... One Hundred Years and Still Going Strong... 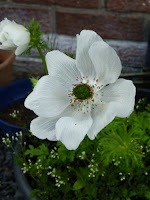 17th – I had a most interesting night giving a talk on Spiritualism and then a Q & A session at the Ascension Spiritualist Church Maryhill, Glasgow.  That was the last night at the old venue and from 24/5/2016 the church has a new home at  the    .Maryhill Education Comunity Centre.35 Avenuepark Street Maryhill.G20 YTS

26th - I was over in the East Coast to the usual warm welcome from the committee and members of the Arbroath Spiritualist Church SNU.

29th – A short journey south the bright and friendly Ayr Spiritualist Church (SNU) where a warm welcome awaits all who enters through its doors.

5th – I travelled 165 miles north to the Aberdeen Bon Accord Spiritualist Church (SNU).  Great hospitality and enthusiasm from this church which has been serving  Spiritualism in Aberdeen for over one-hundred years. 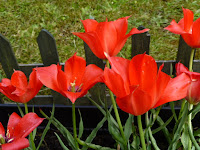 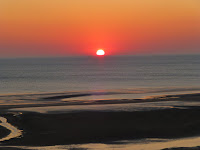 1961 - Vision of Spiritualism in the Future comes to Pass...

Looking through some old issues of The Beacon – the Glasgow Association of Spiritualist’s magazine of November 1961 I came across a most interesting article.  It was by Mr C. I Quastel president, of the Spiritualist National Union 1958 – 1965.  Mr Quastel looked into the future of Spiritualism and got it spot on.

Thus, it is that in these days’ voices which have heard a loud and uncompromising against any dilution of the original purpose which inspired the creation of the ‘Spiritualist National Union’ come from the hardy northerners.

I have no hesitation,  therefore, I’ve no doubt as to the action, and writing of my fears for the future of what is called the “Spiritualist Movement” in Great Britain, with the hope of arousing a national determination to make such a prophetic possibility just a hideous nightmare.

I see so clearly, a vision of the future where in every city there will be dozens of psychic businesses, staffed by professional mediums and healers, which by means of “enticing advertisements” draw to the premises people of all classes, eager to obtain relief from the woes and ailments - at any price...

The only people unable to gain access to these commercialised “sanctuaries of healing” will be - in my opinion - the poor and the needy who will be unable to pay the high fees for “for “consultations” or unable to leave liberal “donations”.

Many of those are we are at this moment  aware of the existence of at least one widely advertised centre where the main activity is the provision of private interviews, in almost endless succession, to selected clients who are able to pay the fees demanded for this ‘service,.

Such a prospect is terrible only if the growing emphasis on the practice of mediumship as a “box-office attraction” detracts from the essential purpose of Spiritualism.
Please do not misunderstand me. Mediumship is needed to provide evidence of survival, and I, in common with every other official, wish to have the help of the most capable mediums in our psychic activities.

But the practice and the results of good mediumship are only means to the greater end – to emphasise the help that is constantly given to us by our spirit friends and guides, using the power of the Almighty, in order that through our own, or through co-operative action, we may bring peace and harmony to the world, by doing our utmost, in always possible, to abolish fear of death, loneliness, poverty and insecurity – whether in the home or in the International field of politics.

Spiritualism’s purpose should, and must, be emphasised as a sequel to any effort to demonstrate “survival”, or even to heal the sick.
Without this “religious” attitude, which truly involves human and divine relationship through the life-giving power of God, our movement would consist of activities conducted by (a) those who profit financially; (b) those who voluntary help makes it possible for the “professionals” to do the work.

Sooner or later, under these conditions, the voluntary workers would refuse to give their labours and thus all workers and officials would become salaried, and finances only would determine the justification of any effort.

Such a situation is already threatening – as an example - what once was a flourishing, idealistic youth movement  in this country, and we see signs, too, in our Spiritualist organisations where the burden of VOLUNTARY CHARITABLE work falls on the frail but determined shoulders of the ever decreasing numbers of old but loyal servants of God.

So much depends on our Church leaders and holders of S.N.U Diplomas and other credentials.

They MUST – at every public service – speak of our  purpose as a religious, charitable union of Churches.

They MUST read and referred to our Seven Principles which present, so simple and clearly, everything with which the  true Spiritualists can identify.

I APPEAL, almost desperately, to those who once joined us – as Church members, as Healers, as Mediums – to remember their vows of unselfish service to the Movement – to be humble and honest in the of dedication of self to the common cause.
There is so much to do – new places of worship to be created for the new religion of the world, based on psychic truths and Spiritualist ideals – social problems to be solved – international friendships to be made.

Spiritualism needs YOUR help – and the World needs Spiritualism.
Let us, and all members of the S.N.U.., never cease to strive towards a Utopian goal of peace on earth. Failure will only come when we cease to strive. 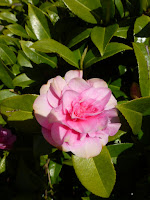 Comedy is not what it was like in my young days.  The likes of “Hancock's Half Hour” “The Army Game” and “Dad's Army” only to mention three, could be watched by the whole  family.  Real comedy scriptwriters do not need to revert to obscene language or scenes to get a laugh.  Today not only is so much smut added to comedy programmes, at the utterance of certain words, the audience bursts out laughing. Real comedy scriptwriters and comedians are on the edge of extinction.

Real comedy does not make fun of;-

Cut these out and maybe in sixty years time, the comedy of today will still be repeated on TV. 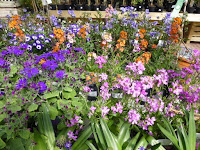 Posted by Tom Johnston at 13:23 No comments: